After eight years as an account manager at the advertising agency Saatchi & Saatchi, Mark Gabbertas was ready for a change. He set up his design studio in 1992 after completing cabinetmaking apprenticeships with the London workshop of Stemmer & Sharp Design and James Codrington Furniture in Somerset.

From the beginning, Gabbertas objective was to produce innovative and elegant designs that owe nothing to the vagaries of fashion. He intends each piece, to stand the test of time and retain its freshness through an understanding of proportion, materials and production techniques.

In 1995, Mark was commissioned to design the 3 degree chair that was designed for the Atelier restaurant in Soho, which won the FX furniture in Practice award and was subsequently licensed to Allermuir, which proved the start of a relationship which continues to this day.

In 1996 Mark was sponsored by Hille to preview the Tubby chair at Orgatec, which again was licensed ultimately to Allermuir.

In 2002 he established the Gabbertas Studio in West London which has undertaken projects for companies such as Artifex, Boss, Isis and Nomique and has created both the Tommo and Haven ranges for the Allermuir collection.

Gabbertas years in advertising helped shape his audiencedriven approach to his craft. The design of an object is heavily influenced by an appreciation of the commercial realities that surround it, he says. If a greatlooking design does not sell, perhaps it is not such a great design. His work, with its flowing, minimalist shapes, has all the elements of great design, and has garnered multiple awards from the Design Guild Mark, FX Design, Red Dot and others. 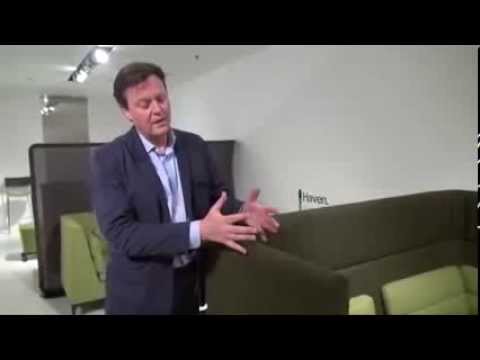