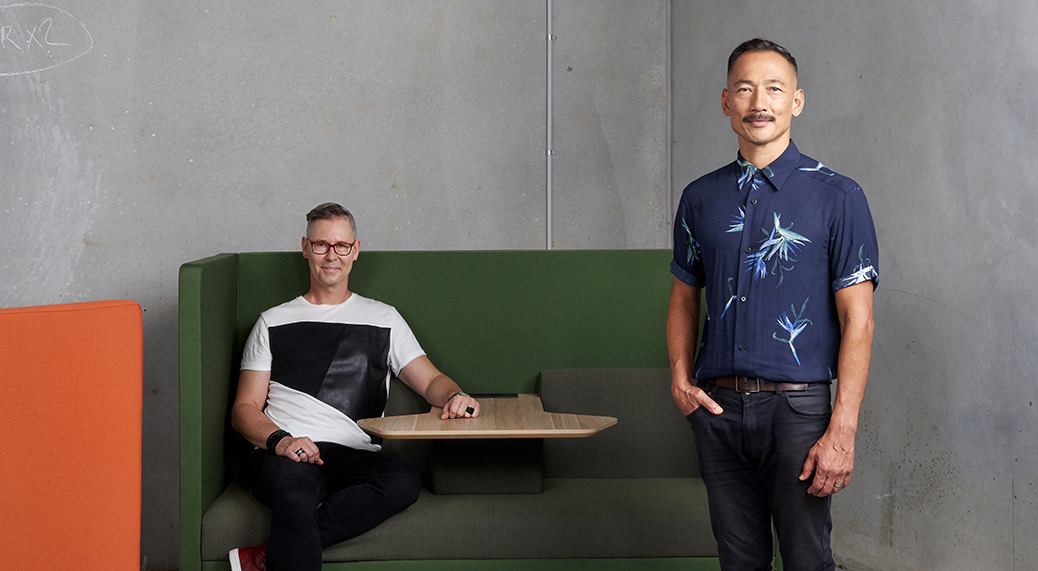 As Schamburg + Alvisse launch its latest – EDO Streetscape – we investigate the unique design story behind the collection.

As far as sustainable Australian industrial design goes, few brands can match the pedigree of Schamburg + Alvisse. Since 1997, the design duo shaped the local conversation surrounding environmental stewardship and the place of sustainability in design, far predating the sustainability movement that has swept through design in recent years. The true definition of ‘early adapters’, Marc Schamburg and Michael Alvisse used their diverse expertise – Schamburg in Design and Alvisse in Architecture – to hone in on the question of sustainability long before it entered the mainstream of design culture.

Driven by strong design skills and a genuine commitment to securing the future of the environment, the pair set out to design a range of commercial furniture solutions that delivered style and functionality without costing the earth. Their efforts were rewarded when they became the first Australian furniture (designer) to satisfy the rigorous green timber standards of the Forestry Stewardship Council (FSC) and Greenpeace, earning them the rightful reputation as one of the nation’s most important voices in eco-friendly design.

Today, Schamburg + Alvisse remain immersed in all aspects of the conversation surrounding sustainable industrial design, and continue to innovate to meet the growing consumer appetite for environmentally sustainable solutions. Schamburg + Alvisse designs are celebrated as outstanding pieces of design in their own right, and are part of the permanent collection of Sydney’s Powerhouse Museum. Selected pieces from their catalogue have also been exhibited in Milan’s Triennale Museum, San Francisco’s Museum of Modern Art, and the Melbourne Museum.

Over the years, Schamburg + Alvisse have remained central to the Australian sustainability movement thanks to their unmatched ability to channel cutting-edge design and technology to meet emerging market demands. One such example of this the recently-awarded EDO Streetscape (Gold, Good Design Awards 2018: Product Design), which responds directly to the challenges of a distinctly contemporary space: the agile workplace. Constructed from sustainable materials including FSC-certified timber, the modular seating collection creates “utsukushi basho” (beautiful places) for people to work, learn and refresh. EDO Streetscape offers spaces for flexible team settings, private team settings and quiet focus areas. EDO Meet, Work Lounge, Workpod, Teahouse, Campfire, Low, Lounge and Modular Lounge come in a variety of sizes and configurations.

But that is merely part of EDO’s fascinating story that starts, in fact, in an unlikely place: Tokyo’s back streets. Celebrated around the world for its unique blending of ultra-modern architecture with the time-tested traditional design, Tokyo continues to be a design mecca and a wellspring of inspiration – of which, EDO is the most recent beneficiary.

In fact, EDO not only takes its design cues from Tokyo, but also its name – 江戸, the former, traditional name of the city when it was the centre of power for the Tokugawa Shogunate from The Seventeenth to The Nineteenth Century. A period coloured by the growth of Japan’s global trade, a rising middle class and increased industrialisation across the board, this chapter in Tokyo’s history is also significant for reimagining the region’s vernacular architecture.

To this day, the megalopolis remains instantly distinguishable by this quality, with its great bustling squares counterbalanced by its warren-like back alleys. Of the latter – yochoko, as the locals fondly call them – patrons flock to tiny three by three metre (!) bars, restaurants and cafes for a moment to decompress, indulge and forge connections.

Restrained by this small floorplate, solitary visitors will often sit next to one another, share a meal or drink as equals, converse and forge an instant, earnest and, albeit potentially fleeting, connection.

Rightly noticing the qualities of chance and creative collisions to enriching the sociable experience in the yochokos, and the attendant correlative to this situation across workplaces seeking greater collaboration amongst their teams, Schamburg and Alvisse were inspired a particular form of interpersonal engagement that is ultimately equal parts organic and democratic.

Not dissimilar to the restricted floorplate of the yochokos, EDO’s essential form responds to the contracting spatial economy of the contemporary workplace. Where, in Australia, collaboration in the workplace usually occurs near or at an individual’s workstation, the increasing popularity of breakout zones, common areas and ‘hubs’ for creative collision throughout Asia, Europe and the Middle East (in particular) is gaining traction on our shores.

Remembering that for the future of white-collar work some 20-40 per cent of this workforce in the near future will be contractual workers, Schamburg and Alvisse sought to incorporate some of the ‘trust-building’ and ‘instant sociability’ they saw in action in the yochokos into EDO.

Intervening in the political makeup of workplaces of the future, EDO’s democratic and indiscriminate design scheme – one that chooses not to differentiate its many and varied end users – promotes mingling and connection between individuals and, as such, also contributes to the building of interpersonal trust while also knocking down hierarchical boundaries existing between individuals.

Addressing not only this important interpersonality between end users, but also the changing nature of spatial diversity in the workplace of the near future, EDO Streetscape caters to commercial interiors where health, happiness, collaboration and community provide the basis for workplace pride and professional stewardship. The newly released EDO Streetscape is available throughout the region through Zenith Interiors. Read more about the fascinating design journey of EDO Streetscape, here. 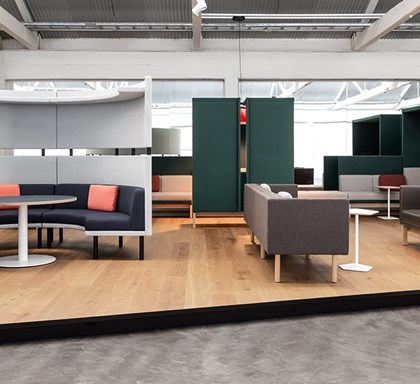 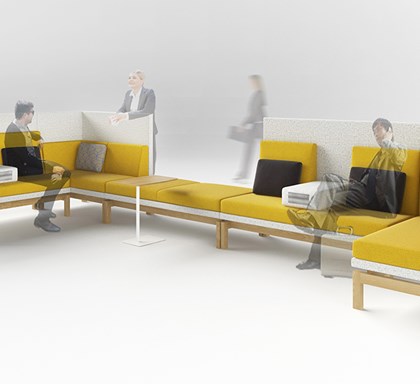 From Cubicles to Collaboration: The Evolution of Workplace Design

"Over the course of the last century our workplaces have transformed beyond recognition. What were once spaces designed purely for function, the offices of today focus on leading edge technology, collaboration and community," says Bob Stewart, head of ZENITH's research and development. US engineer Frederick Taylor is credited as being one of the first people to ...